A Brief History Of Embroidery

Modern embroidery and how we got here

Embroidery is the art of decorating material, primarily textile fabric, by means of a needle and thread (and sometimes fine wire). The basic techniques include cross-stitch embroidery, needlepoint, different types of surface embroidery, and quilting.

The oldest surviving embroideries are of nomadic warriors Scythian, and are between 3 and 5 thousand years old. There are many textiles that were preserved in Scythian gravesites that are available for study today. The most prominent textiles available from the graves are made of felt. The felt was dyed, then cut and applied into intricate and amazing patterns with basic chain stitch embroidery in twisted wool threads. There are also examples of clothing that are well preserved that were lavishly trimmed with embroidery and with felt applique. 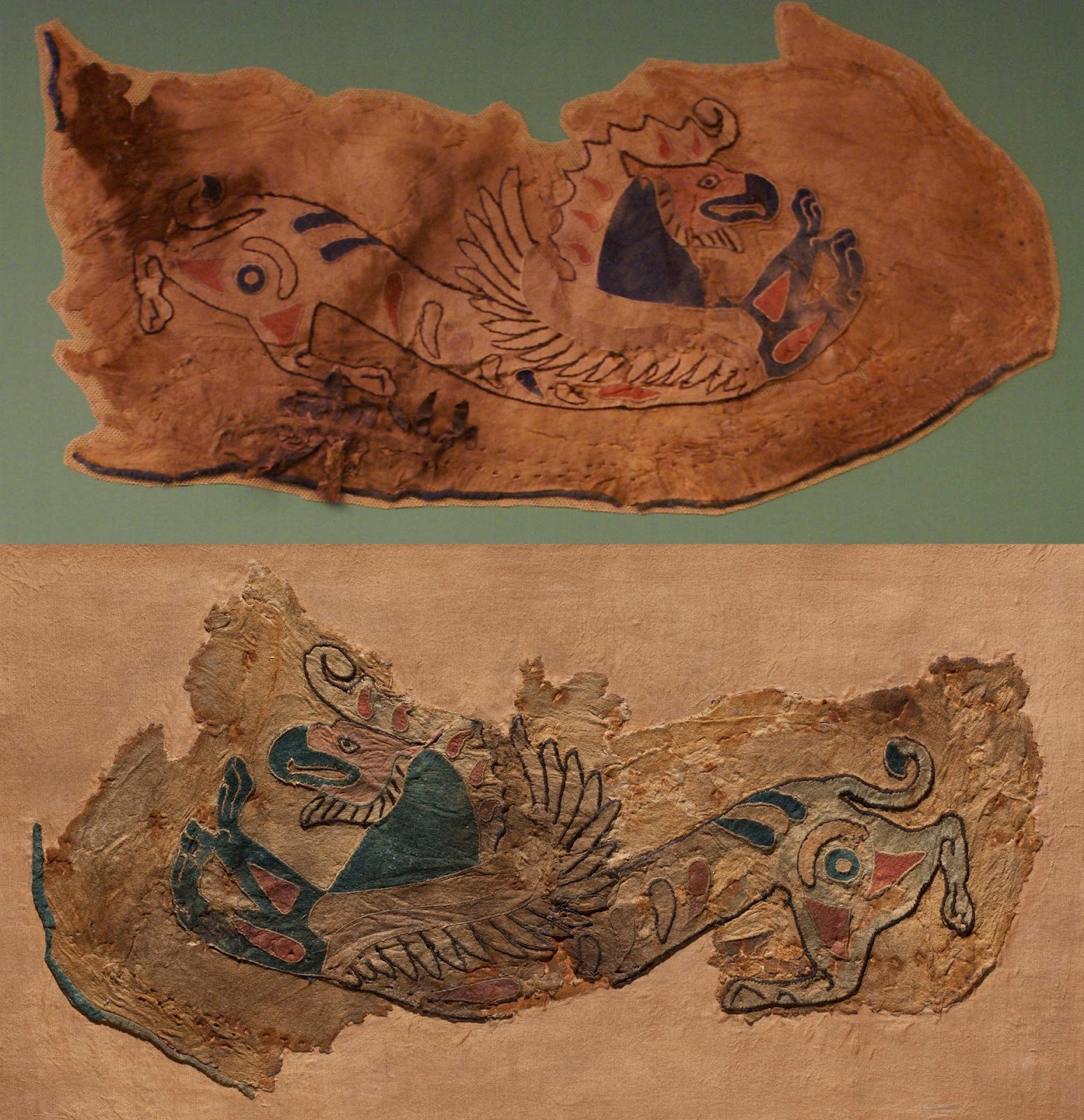 Saddle Cover with Griffins - found in Siberia - dated 4th - 3rd century BC. The body is decorated with appliqué pieces. Each applied piece is encircled by the ornamental stitch in the form of a filigree border, while the wing, “collar” and the whole figure outline are emphasized with embroidery. Source: https://www.hermitagemuseum.org/

Even before then, ancient Greek, Egyptian and Chinese paintings show examples of embroidery on clothes and as decoration on furniture and household items.

Roughly from 330 AD until the 15th century, Byzantium produced embroideries lavishly ornamented with gold. Ancient Chinese embroideries have been excavated, dating from the T’ang dynasty (618–907 AD). 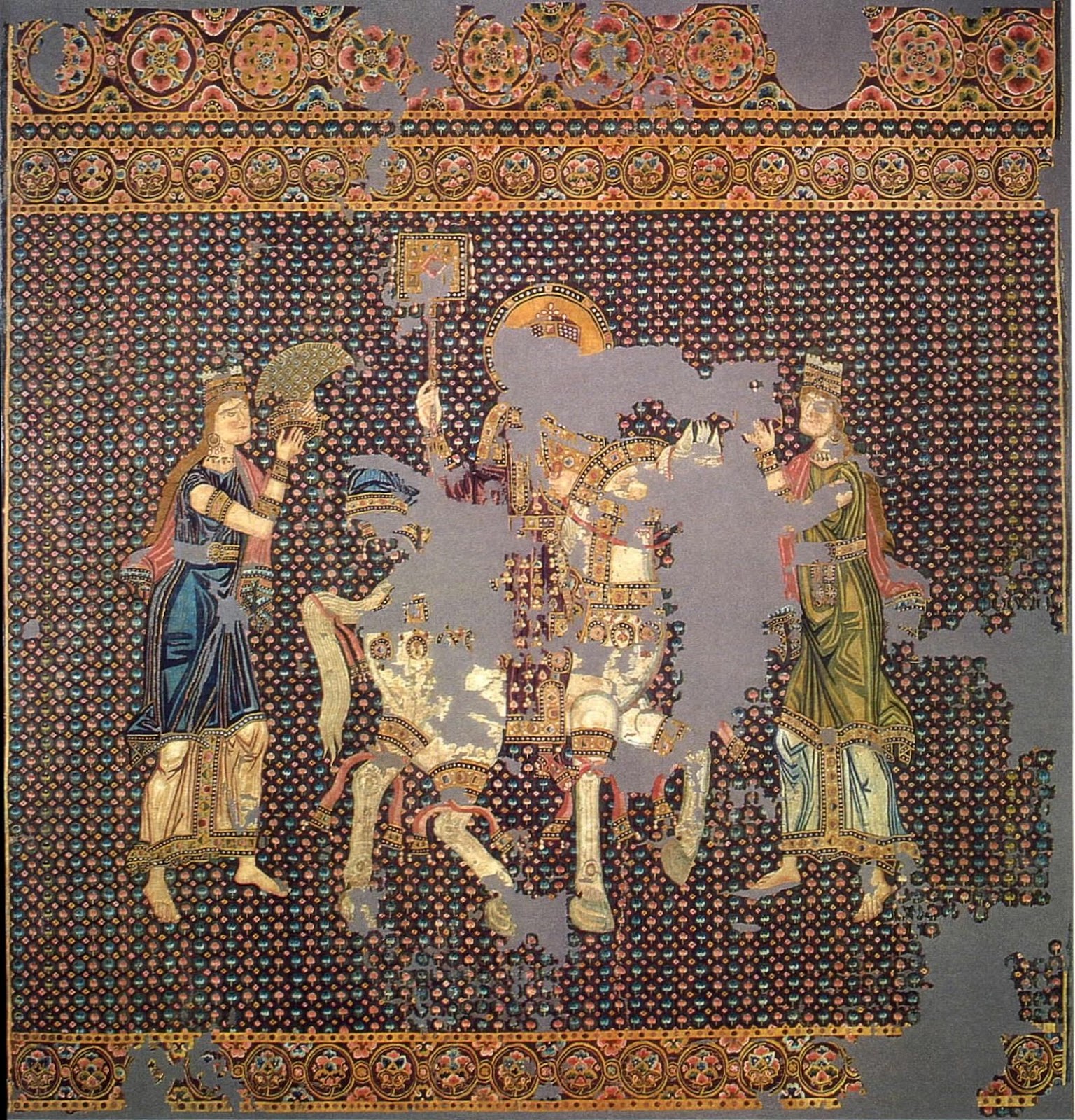 The "Bamberger Gunthertuch", an embroidered imperial hanging depicting the return of John Tzimiskes from a successful campaign of about 970. Source: https://en.wikipedia.org/wiki/Byzantine_silk

From the 1100s to the 1500s, seed pearls and beads were used to decorate clothing and other items. After the 1500s, thread and seed embroidery became more common, and designs became more elaborate in Europe and throughout the world. Eastern designs representing and depicting natural elements began to influence English embroideries. Items embroidered included all manner of things, from fancy dress to baby items to home decorations. In Northern European regions, much of the embroidery in this time period was centred around the Church and religious objects. 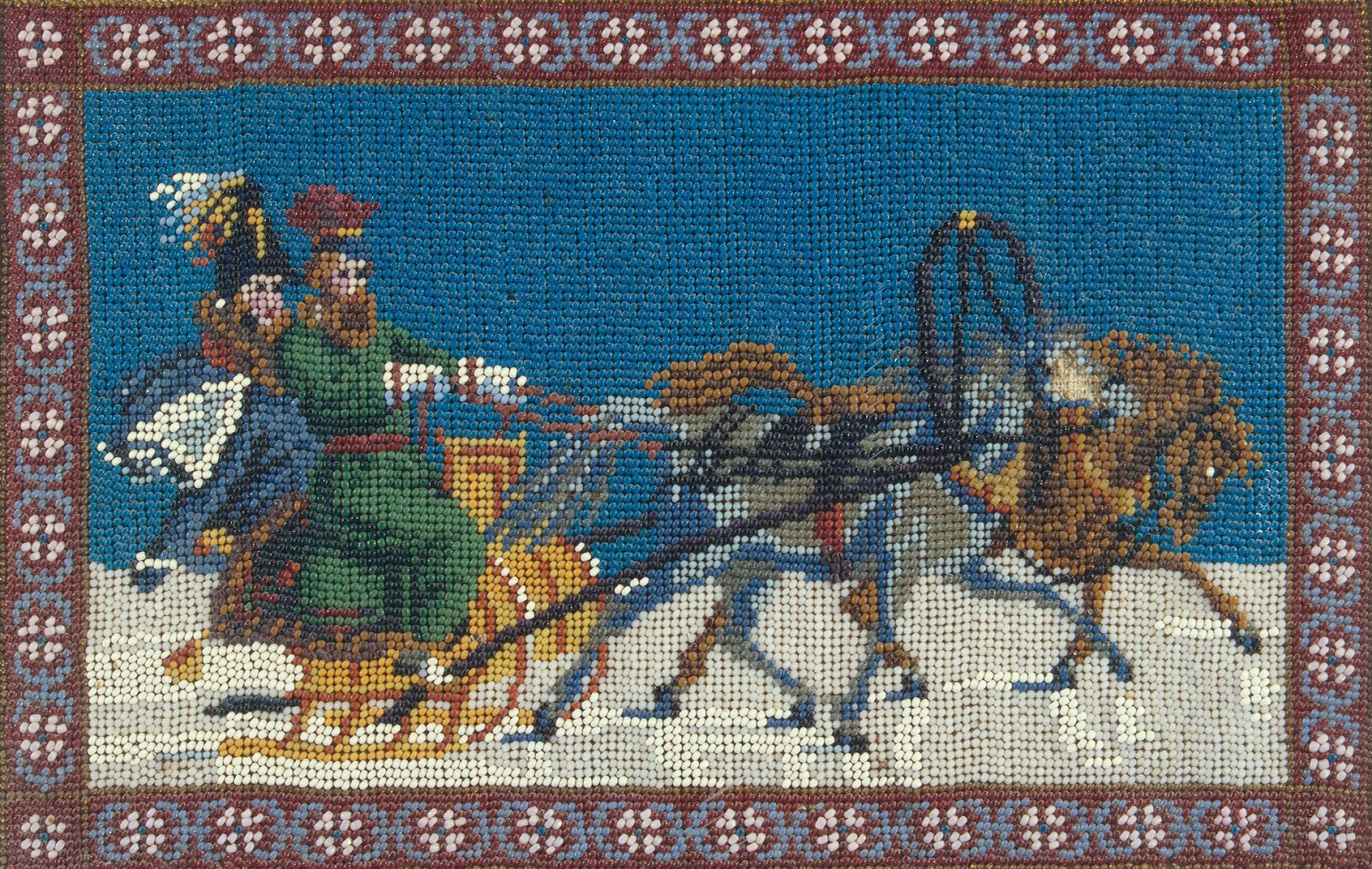 Casket Decorated with a Beadwork. Panel: Sleigh with a Driver and a Fare - Place of Creation Russian -1820s - 1830s. Source: https://www.hermitagemuseum.org

The trend of using embroidery to decorate a multitude of items continued worldwide, with embroidery often a status of wealth and privilege. People who were able to create and possess embroidered objects had the wealth of time to create or purchase them, as well as being able to afford the materials of the craft. Embroidery samplers were often created by young girls, as ways to learn various stitches as well as practice the alphabet and stitch moral or religious phrases for memorization.

In medieval England, professional guilds and workshops were created. There, they made Opus Anglicanum, or ‘English Work,’ which became famous. Embroidery designs and folk techniques were also passed down through generations in countries around the world. Some of these techniques are still in practice today in Mexico, Vietnam, and eastern Europe. 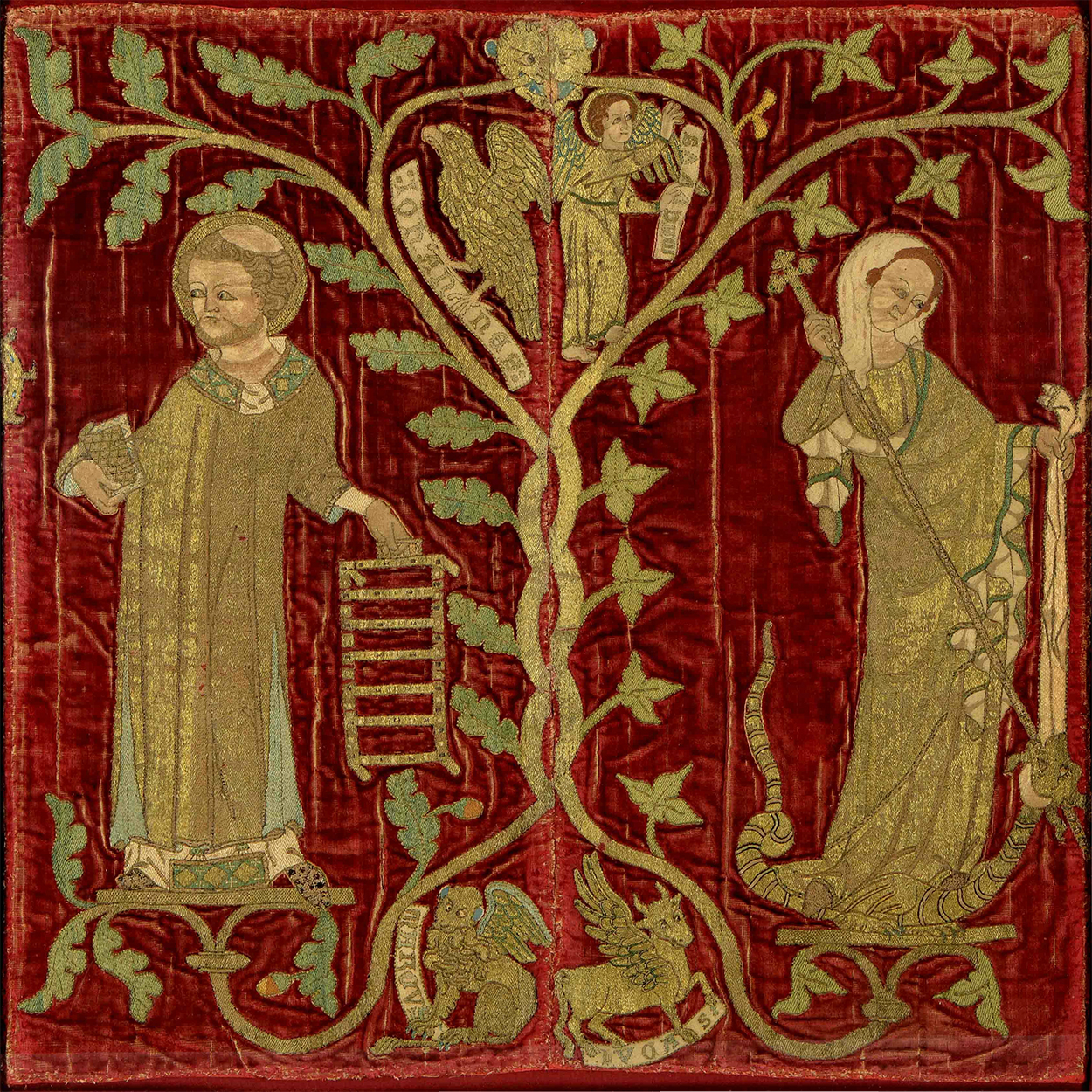 A fragment of an English Gothic opus anglicanum (“English work”) embroidery dating to ca. 1320-1340. As presently preserved, the textile is assembled from two fragments, each eleven and a half inches wide, that are seamed together vertically down the center. Source: http://sidneyeileen.com

In the 1800’s the freehand work of the previous centuries was enriched with new different  techniques that were developed and gained popularity. Machine-made embroideries started to be made in Switzerland in the late 1800s. Other popular techniques in this era included Berlin wool-work, canvas thread embroidery (needlepoint), and bead embroidery. In the 1880s counted cross-stitch began to gain popularity.

For thousands of years, materials used in embroidery have varied from place to place, but have included wool, linen and silk used for both the fabric and the yarn. More modern embroidery materials include cotton, rayon and novelty yarns, as well as yarn and fabric made from traditional materials.

Today next to the traditional techniques, we’ve added a few modern ones. Computer-operated sewing machines can create precise, uniform embroideries on a huge variety of surfaces, and are available to both home sewists and industrial sewing companies.

For hand embroidery, threads and canvases continue to use traditional cotton, linen, silk and wool, but a variety of specialty canvases are available. Needlepoint and cross-stitch use canvases woven in a grid pattern and various sizes are available to match with the thickness of the thread used. Plastic grids are also available, as are pre-printed canvases of all types. To make it easy for embroidery enthusiasts and beginners, many types of embroidery come in kits that contain all the materials needed to create a finished project.

Cross-stitch and embroidery for artwork are currently popular. Traditional pictures as well as cheeky and trendy artwork are common. Another popular technique is sashiko, which is an ancient form of Japanese embroidery. It originated as a decorative mending technique and is currently used for both mendings and as a stand-alone design feature in canvases or garments. Punch needle is another type of embroidery currently practiced, and allows artists to create textured designs on fabric.